The first page of the 2017 budget promised to, “Establish the UK as a world leader in leading technologies such as artificial intelligence, immersive technologies, driverless cars, life science and FinTech. Which means the UK, and the Government are going to be pushing investment into all these areas throughout 2018, which presents a huge opportunity for companies such as Majenta Solutions, and our customers to take advantage of grants that will be available. Our Industrial Design and Visualisation Manager, Nick John has highlighted the key industries, applications and movies that will be key drivers in the development of immersive technologies throughout 2018.

There will be a massive demand for developers this year: with the Government putting more investment into immersive technologies, along with customers incorporating VR into their strategies, we already see an increased demand for such roles. This demand suggests that it isn’t just large OEMs who are investing in VR, but that SMEs are also investing, which will provide greater exposure of VR experiences to end users. With advancing technologies, we normally see a trickled down approach from the OEMs as first adopters, followed by the tier one and two suppliers, then the smaller more niche companies. However, this isn’t the case with VR; the focus has come away from the OEMs, we are engaging with many new start-ups and niche brands across numerous industries who have been able to adopt VR and other immersive technologies a lot quicker, highlighting the huge opportunity for smaller companies to showcase their skills to the OEMs.

Graphics cards are typically expensive and for some situations dual graphics cards are required to create the necessary high-quality VR experiences. However, companies such as NVDIA are heavily investing in resource and R&D to reduce the size and price points of these graphics cards. This development is helping reduce the overall price point of VR, again minimising that barrier to entry. More people will get to experience VR in 2018, even if it is just for R&D purposes.

Previously we’ve had only a handful of specific VR tools that we’d use including Unity and Unreal along with Autodesk’s VRED and Stingray. However, we are seeing more variety on the market now, including VR embedded in Autodesk’s 3ds Max and MAYA. There are also a few new tools available with SDKs (development kits), which also have training available. This exposure to VR tools and training again reduces the barrier of entry.

Templates are also now much more readily available, which allows anyone to start experimenting with VR. These templates enable in-house teams to create and develop high-end visuals of their ideas and designs. However, a lot of people believe that you can simply throw geometry into a VR scene, and it will immediately look good, but this is not the case. It is essential to learn how to narrate a VR scene to create a true presence. Presence is the feeling that you are immersed in the virtual world, to make someone believe that they are experiencing another world is a powerful thing. Presence won’t be gained if the VR experience isn’t user-friendly but is vital for the value of VR is to be understood.

Appreciating the value of VR is fundamentally important when you’ve got directors, shareholders or CEOs in that VR scene, as you don’t want to provide an average environment. Creating true presence is tough, as all the senses must be engaged, but we can help all of our customers – large, global or small – to ensure that they create a smooth scene, that is engaging and delivers the right information, which is a step towards achieving the feeling of presence. We have conducted a considerable amount of R&D around how to ensure VR scenes are compelling and deliver value, allowing our customers to leverage our experience of best practice to ensure they derive the most value from their VR solution.

We already see 360-video embedded within lots of different websites like Facebook, which means that those who have a headset at home could have a much better “social” experience than just taking and viewing photos or video, and they’ll have the ability to make 360-video at home. YouTube and Facebook are spending a huge amount of money to fully embed 360-video into their portals, and this investment will just keep growing. Mark Zuckerberg and Oculus have said that the biggest part of their strategy has a social VR level.

The Industries to watch out for

An everyday occurrence such as shopping may have previously seemed weird for people to experience though VR but is becoming a reality. Brands such as Amazon have spent a huge amount of money setting up their AR and VR apps so that people can shop through VR. Users can configure new outfits; they can see what a garment looks in their size, as part of an outfit and they can even put the clothes on to their bodies. Members of the public who possibly thought they would never try VR will find it in their everyday life very soon.

Real-time shopping – AR is becoming a new reality within retail, with large companies such as IKEA investing in AR apps and experiences. Google and Apple have both created their AR kits, building SLAM technology into iPhones, which allows your phone to deliver a fairly good AR experience, without any new hardware or updates. The iPhone 10’s depth sensor provides incredible tracking, creating impressive experiences, so whereas everyone anticipated we’d all be wearing headsets, it appears we’ll just be using our smartphones. In fact, according to Digi-Capital, there will be 900 million AR-enabled smartphones by the end of 2018.*

Other brands are also utilising 360-video: John Lewis have got a 360-video shoppable app, where you can choose a product, place it in your house and check out what it looks like in situ.

We’ve already heard about VR playing a new pivotal role in brain surgery, and we’ll see it play a new role in patient care going forward. For example: when patients are due to be treated or operated on and a healthcare professional is explaining a condition, they can show 3D data in a VR environment to demonstrate and explain procedures using scans from an MRI and CAT scans, rather than the traditional stereotype of a plastic skeleton. Using VR in this way could be powerful, allowing doctors and nurses to show a greater depth of empathy by helping their patients feel more in control of their condition and involved with their treatment, as they will have a visual understanding of the issue and the solution. 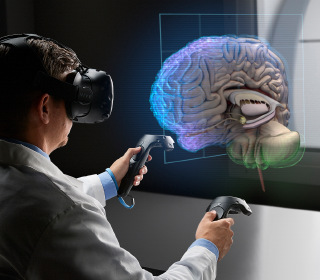 There are a few small start-ups who are using immersive technologies in the travel industry, and they are doing a great job. Imagine being able to view a hotel, a beach and a whole resort in VR before you book your holiday. We will be able to walk around our hotels in VR, rather than looking at glossy photos – a step up even from a 360-video tour – and all from the comfort of your own home. We will even be able to check out an Airbnb before we book that mini break. With these small companies mapping whole resorts, towns and cities, and Google Earth stepping into the virtual world we’ll even be able to check out the distance from the hotel to the beach, in VR! 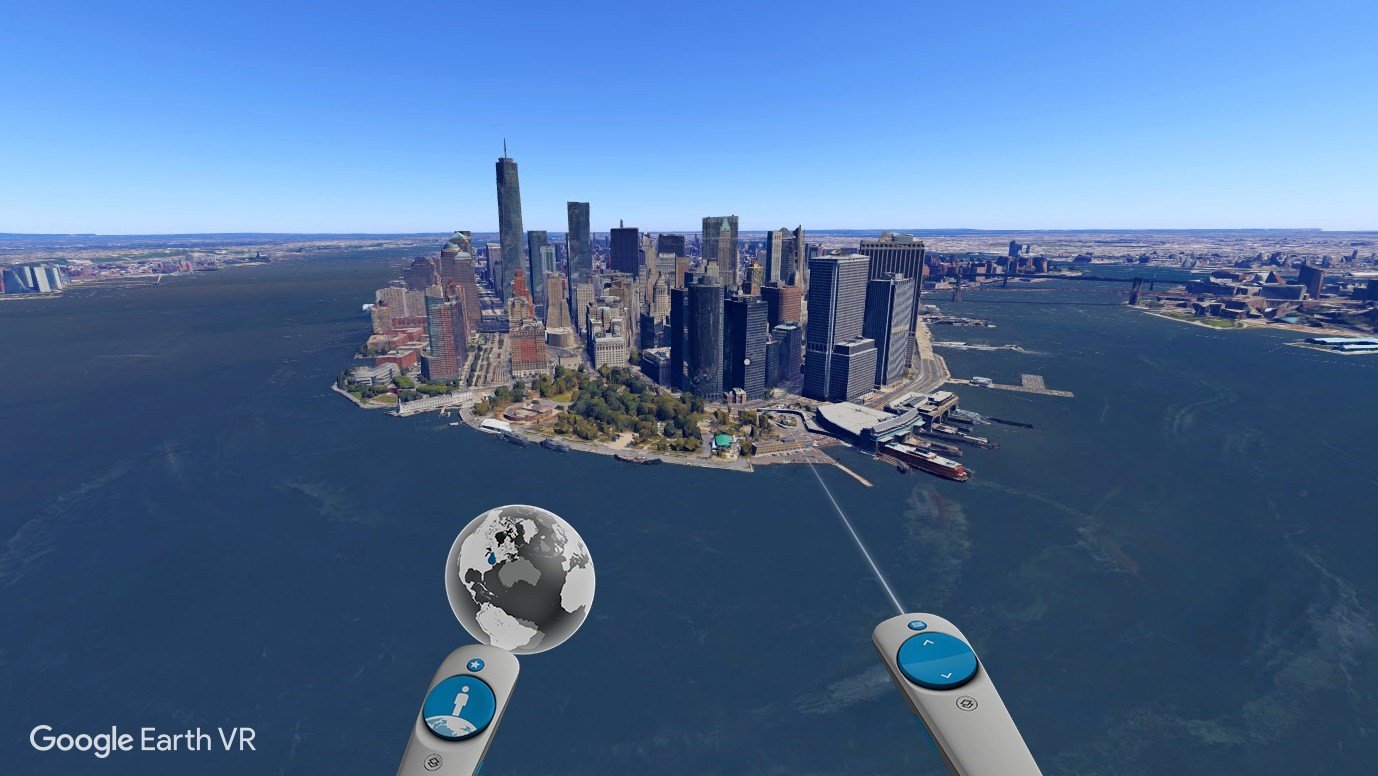 VR based training is already rapidly increasing, allowing training to be conducted more safely and effectively. If training needs to be conducted with anything that is a health hazard, is dangerous or is difficult to articulate using traditional media, VR will be a quick, safe and easy way to complete onboarding and training. Training in a VR environment will be available on phones, allowing new starters to complete training before they start a new role. For complex or dangerous jobs, VR could prove a more effective way to train employees as it’s believed that it can provide greater retention of information than simply reading PDFs or watching endless demonstrations via video. Such jobs would often have the CAD data required to develop a VR training environment with ease.

VR has been utilised within the automotive industry, possibly more than any other industry so far, with an emphasis on design visualisation. Now one of the main focuses for automotive companies is autonomous vehicles, and VR can help consumers understand what it will be like travelling in an autonomous vehicle. These vehicles won’t necessarily need windows – a design element which could understandably make people uncomfortable – so through VR they will be able to simulate what it will be like, and the car manufacturers can simply incorporate their design into the VR scene. 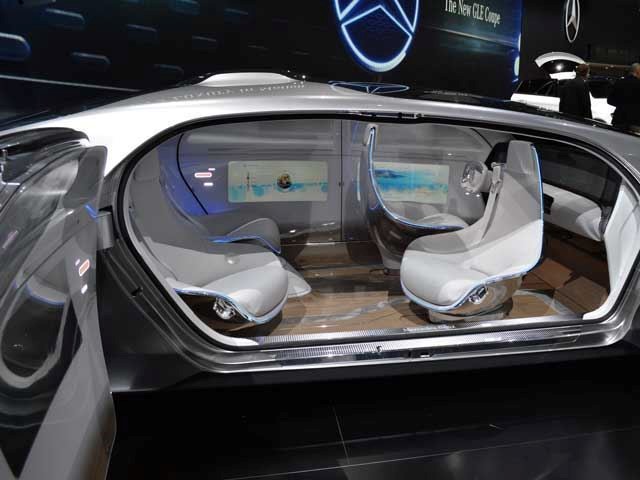 Compared to fifteen years ago, when consumers considering purchasing a car would visit a showroom around 3-4 times, the average is now only 1.5 visits because consumers tend to configure their new purchase online first, before visiting the showroom. The ability to configure a car online is great, but you can now configure that car within VR to visualise the model with all your chosen features. A normal showroom can’t have every single variant of the vehicle, therefore rather than trying to find more space, a lot of brands such as Audi, VW, Pagani, McLaren and Lotus have already developed digital showroom experiences – you can see these in shopping centres already.

As they often are with technology, China have been speedy adopters of VR and other Immersive Technologies. They have created thousands of VR arcades which are proving very popular. The traction a new technology gets in China is always a good test of how the market will react and due to their popularity, we are starting to see VR arcades pop up in the UK, with more to open throughout 2018. 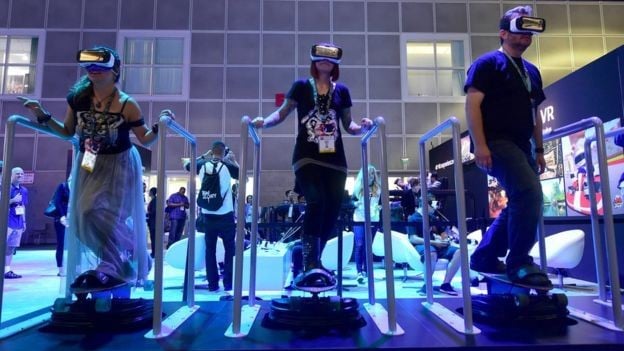 The film of the year

Ready-Player-One this film is based on a famous book by Ernest Cline, the story is set in 2045, with the world on the brink of chaos and collapse, people have found salvation in the OASIS, an expansive VR universe. Directed by Stephen Spielberg, it is going to be massive and has references to Back to the Future and Ghostbusters! The film is released on 30th March after which VR will be the topic of every conversation. Are you ready? 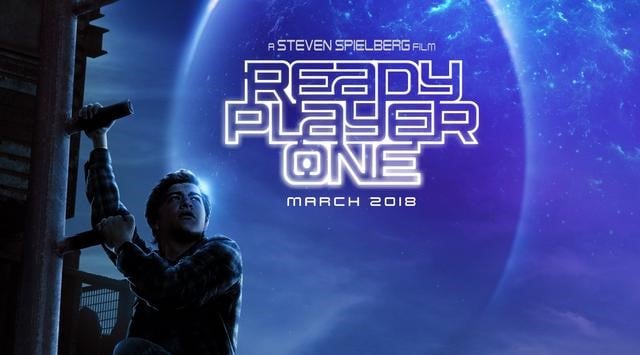 Nick provides an exceptional consultancy service to his clients in the automotive and industrial design sector. Using his extensive knowledge of design, surfacing, VR, AR, manufacturing and visualisation, Nick develops implementation strategies for his clients which aim to exceed their objectives. Nick believes that tailoring the right traditional and emerging technologies, together with the right expertise and software, delivers real business benefit.